Cervical screening has been a topic of conversation this week. Normalising sexual and reproductive health - making it part of everyday conversation is important - it contributes to breaking down barriers and making it easier for people to access services. We received a client compliment recently which we want to share with you because we think it adds to this conversation. It is shared below with permission from the author, but with identifying details removed.

I was seen by your nurse today and was so blown away by her awesomeness that I need to speak up.

She needs recognition for the awesomeness she brings to that clinic.

While I truly believe cervical screenings are important, I don’t like them as much as the next person.

While she was telling me what she was doing and explaining the set-up - where to put my feet etc, she casually asked if I had any personal preferences.

No one has ever asked me that before... I don’t think I can really explain how much this meant but this was a really big moment for me.

It had never occurred to me that I could possibly ask for another modesty blanket to hide under and die of embarrassment, or ask the person to tell me what they’re doing during the process.

Screenings hurt A LOT and it’s always because of the speculum but today I took my chances and asked if she could please open it slowly as I have found this hurts less.

The ones who rush through the process mistakenly believing I want to get it over with as fast as possible, have always caused a lot of pain.

And guess what? That was doable! 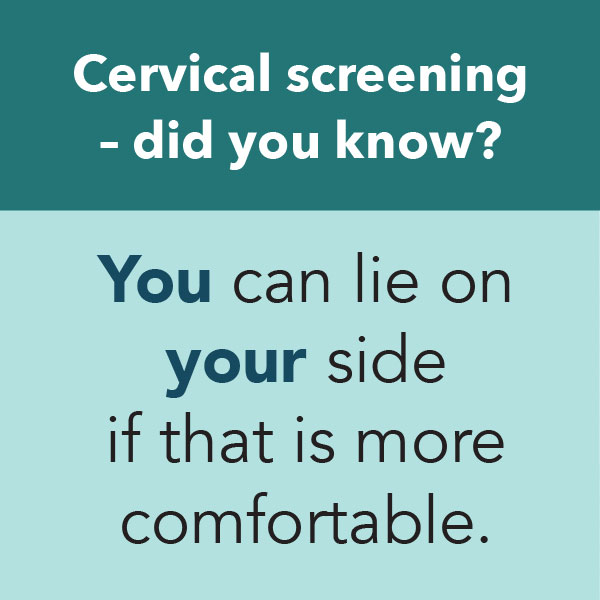 This whole time I have never thought that I might have a voice in the small stuff, to ask questions or help on things that wouldn’t impede the process.

Please recognise how important this simple question was to me and could be for others.

When she said to my comment of embarrassment something along the lines of “Oh don’t feel embarrassed, do you know how many screenings I have done? I have seen it all, but I understand that for you there’s only one of me, rather than me with many of you, if that makes sense” this was reassuring, I laughed and actually did feel less embarrassed about the whole situation when it was posed like that.

I understand some of this is likely supposed to happen, but with other practices / dr’s it never really has.

Your nurse made a real difference to someone’s life today, a screening may seem a simple thing but hell if everyone was half as awesome as she was I think more people would get themselves screened and protected when they’re supposed to.