Abortion laws in New Zealand are in need of reform. The current legislative regime imposes conditions on access to abortions that are unnecessarily restrictive. The legislative regime does not recognise women’s autonomy over their bodies, requiring those seeking access to abortion services to jump through a series of hoops that diminish their control. The bodily integrity of those who seek abortions must be acknowledged and protected under the legislative framework[1]. This note serves as a call to reform, and provides a snapshot of what the key problems with current abortion law are. It describes the legislative framework, discusses barriers to access, and briefly reviews the case law in this area.

I THE LEGISLATIVE FRAMEWORK

The legislation that governs abortions is contained within various sections of the Crimes Act 1961 and the Contraception, Sterilisation, and Abortion Act 1977 (CSAA).

A The Crimes Act

Under the Crimes Act, abortion is unlawful and carries a maximum sentence of 14 years’ imprisonment[2]. It is also an offence to supply the means (for example, a drug or instrument) of carrying out an abortion.[3] The Crimes Act contains a limited number of exceptions to these offences. An abortion carried out no later than 20 weeks’ gestation will be lawful in the following, archaically worded, circumstances:[4]

(i) If the continuance of the pregnancy would result in serious danger (not being danger normally occurring as a result of childbirth) to the woman’s life, physical or mental health.[5]

(ii) If there is a substantial risk that the child would, if born, “be so seriously physically or mentally abnormal as to be seriously handicapped”.[6]

(iii) If the pregnancy is the result of sexual intercourse between a parent and child, siblings, a grandparent and grandchild[7] or a dependent family member.[8]

Absent from the above exemptions is a pregnancy resulting from sexual violation or rape. The Crimes Act is also silent as to a decision to have an abortion being based on simply not wanting a child at that time. This undermines a person’s ability to plan and exercise control over one’s life.

The CSAA governs the management and administration of abortion services. It also establishes the Abortion Supervisory Committee (Supervisory Committee).[11] This is a tribunal that consists of three members who are appointed by the Governor General. The Committee’s responsibilities, outlined in the CSAA, include the consideration and review of licence applications to perform abortions by hospitals or clinics;[12] ensuring that facilities of an adequate standard are provided;[13] appointing certifying consultants;[14] and reporting annually to Parliament on the operation of abortion law in New Zealand.[15] This last obligation requires the Supervisory Committee to provide statistical information concerning abortions, and how the relevant laws have been managed.

A woman seeking an abortion can expect to make up to four visits before attending an abortion provider. These visits will include scans if required and blood tests. At each step of the process, there is potential for delay, paperwork and costs incurred by the woman. Such costs include travel, time off work and provision for childcare, but do not include the cost of the abortion itself, which is free for New Zealand residents. Women living away from major centres can be significantly impacted as abortion services are not necessarily provided close to home. For instance, women living in Taupō or Rotorua must travel to either a Waikato or Tauranga abortion provider to access services.[19]

Domestic violence is a complicating factor when considering the extent of the barriers presented by the legislative requirements outlined above. Abusive and controlling partners could heighten a woman’s fear about seeking an abortion, making it difficult to access abortion and contraception services. Requiring up to seven visits, including the visits referenced above and those with the abortion provider, undermines women’s ability to pursue an abortion without their partner’s knowledge. In light of this, the current legislation does not facilitate abortion access for women experiencing domestic violence.

The abortion regime is also expensive and inconsistent with other practices within the healthcare system. No other medical care for which a patient is able to consent imposes mandatory assessment and authorisation from two medical practitioners.[23] The annual cost funded by the Ministry of Justice for certifying consultants is estimated to be $3,716,766.[24]

Another significant concern is that a tension exists between New Zealand’s abortion law as it appears on the statute books and how the law is functioning in reality. The prohibition of abortions under the legislation, except in a limited set of specific circumstances, is restrictive and punitive. The narrow breadth of these exceptions does not include the reasons for which many women, in reality, seek an abortion. Consequently, there is a discord between the legislative controls over abortion, and the nature of how they are actually obtained. Grounds for a legal abortion for serious danger to the woman’s health, for example, have been interpreted differently over the years. According to the Supervisory Committee, in the year ending December 2015, 97.4 per cent of abortions were approved under the ground of danger to mental health.[25] A further 1.6 per cent of abortions were approved with danger to mental health being one of the two grounds on which they were approved.[26] It is stressful for a woman to have to discuss her situation with two certifying consultants who are going to decide whether she is permitted to have an abortion. It is demeaning to be labelled as having a serious mental health problem to be able to access a service. This labelling contributes to and perpetuates the stigma that surrounds abortion. From a legal perspective, it is also a rule of law issue for a statute not to be applied in accordance with its text and purpose.

Calls for reform of the abortion legislation in New Zealand have been echoed by the Supervisory Committee.[27]

III APPLICATION BY THE COURTS

The current legislation governing abortions has remained fixed since the enactment of the CSAA in 1977. It has not benefited from substantial reform that would ensure it reflected shifts in public opinion and the significant changes concerning healthcare delivery, particularly technological advancements in medicine.[28]

This is illustrated with the example of early medical abortions (EMAs), which were not available at the time the Crimes Act and CSAA were introduced. These are available for women who are up to nine weeks pregnant. The patient is required to take two medications, which typically results in the loss of the pregnancy with bleeding, similar to a miscarriage. These pills can be safely taken at the woman’s home and do not require any special medical facilities. Nevertheless, the CSAA specifies that abortions are to be performed in a licensed institution.[29] This typically requires another, medically unnecessary, visit to the clinic simply to fulfil the requirement that both medications be taken on the licensed premises.

In Right to Life New Zealand Inc v Abortion Supervisory Committee,[30] the Court confirmed an interpretation of the CSAA that was consistent with recent advancements in science in respect of EMAs.[31] Right to Life, an anti-choice organisation, sought a declaration that a limited licence given to a Family Planning clinic to provide EMAs up to nine weeks was wrongly granted.[32] This was on the basis that nine week only EMAs were not authorised by the framework for the granting of limited licences in the CSAA.[33] The Judge held that the wording of the CSAA had room to accommodate the fact that EMAs were no longer significant procedures, undertaken only in the second trimester, as they were when the CSAA was enacted in the 1970s.[34] The CSAA therefore had to be “in accordance with the Interpretation Act … applied today to ‘circumstances as they arise’”.[35] However, on an argument relating to the provision empowering the granting of licences, the Judge recognised that the wording was prescriptive in only authorising the performance of abortions in the first 12 weeks of pregnancy (and not nine)[36] and granted declarations that the licences were ultra vires.[37] Ultimately, a reading of other provisions in the CSAA meant that the declarations would not affect the operation of the clinic.[38] It was therefore an empty victory for Right to Life. The case clearly highlights the inflexibility and unsuitability of abortion legislation in comparison to technological improvements in medicine and the demand for abortion services.

An earlier Supreme Court decision, Right to Life Inc v The Abortion Supervisory Committee involved a claim by Right to Life that the Supervisory Committee was misinterpreting its statutory powers under the CSAA by not taking into account the rights of the unborn child.[39] Right to Life had argued in the lower courts that the ‘born alive’ rule (that legal personhood is not conferred on a child until they are born alive) was modified by the CSAA to protect foetuses. This argument was rejected by the lower courts and the Supreme Court declined leave to appeal on the issue, confirming that the CSAA was clearly based on the ‘born alive’ rule.[40] This was in spite of the fact that the long title of the CSAA states that it is an “Act … to provide for the circumstances … under which abortions may be authorised after having full regard to the rights of the unborn child”.[41]

The above case law illustrates the inconsistency of the legislation governing abortion with modern views about women’s autonomy.[42] The prohibitions and restrictions implemented under the Crimes Act and CSAA curtail a woman’s access to health services. They remove some of the responsibility and independence involved in a decision to have an abortion and instead give them to medical practitioners. The “convoluted abortion laws” that render women dependent “on the benevolent interpretation of a rule which nullifies their autonomy” are also a concern of the United Nations Committee on the Elimination of Discrimination Against Women.[43]

Sexual and reproductive health and the associated rights are inextricably connected to other issues that impact women’s overall health and wellbeing. Abortion laws must be reformed to reflect, protect and actively support women’s rights to access abortion services, unencumbered from third parties’ assessments and other barriers to the access of such services. Whether a woman continues with a pregnancy is a decision that she should be entitled to make independently. Legislation that prioritises the opinions of others is detrimental for women. The law should reflect the values of self-determination and autonomy that are integral in our society and accord the same to women. Law reform is long overdue. 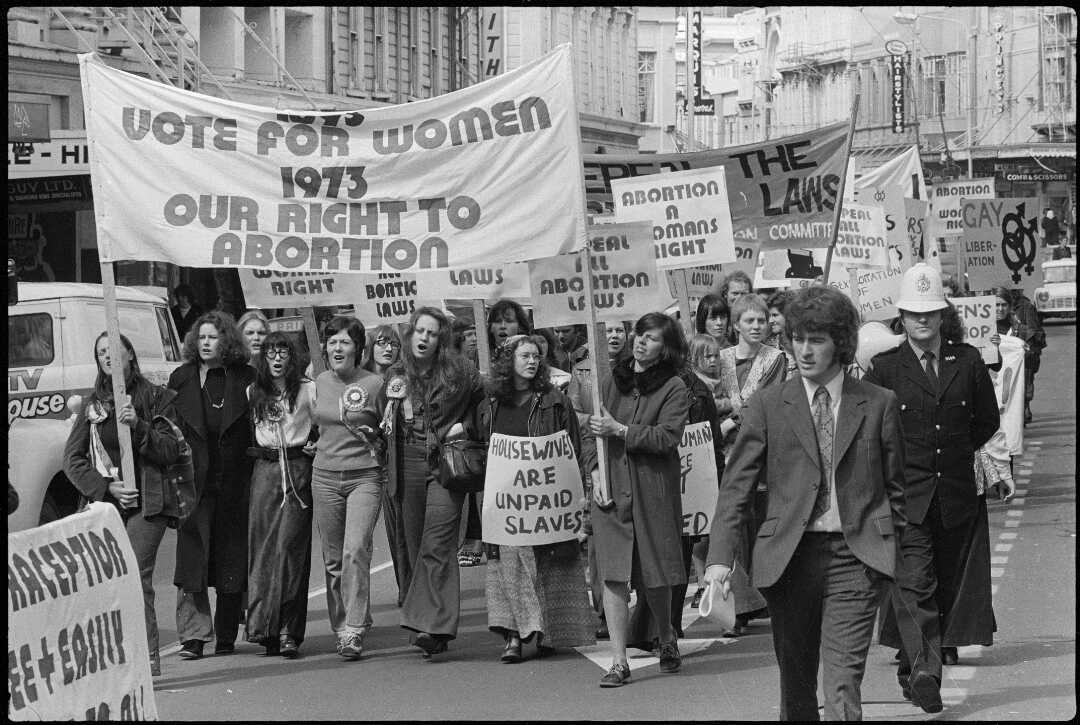 No change since 1977 - The Contraception, Sterilisation and Abortion Act 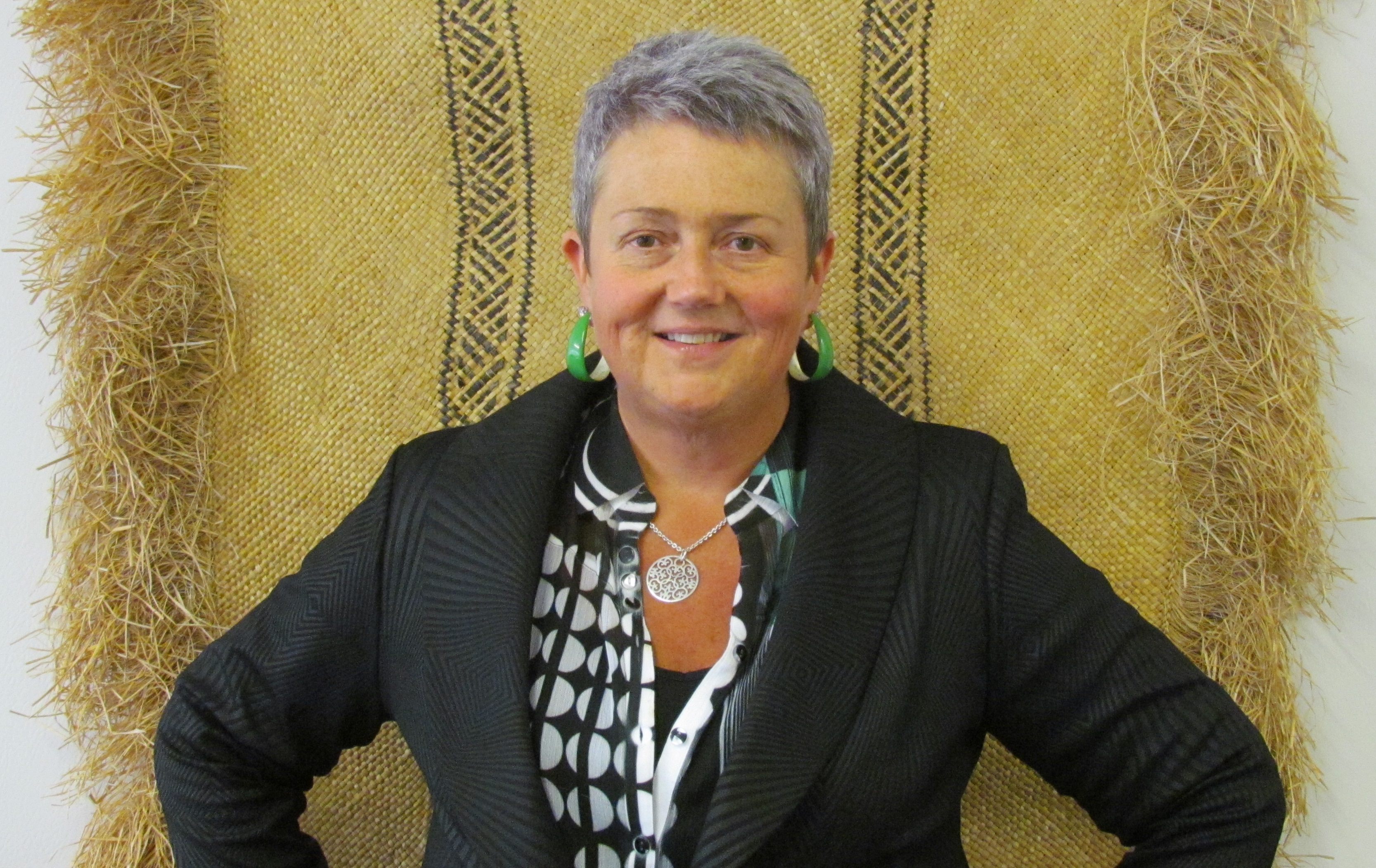 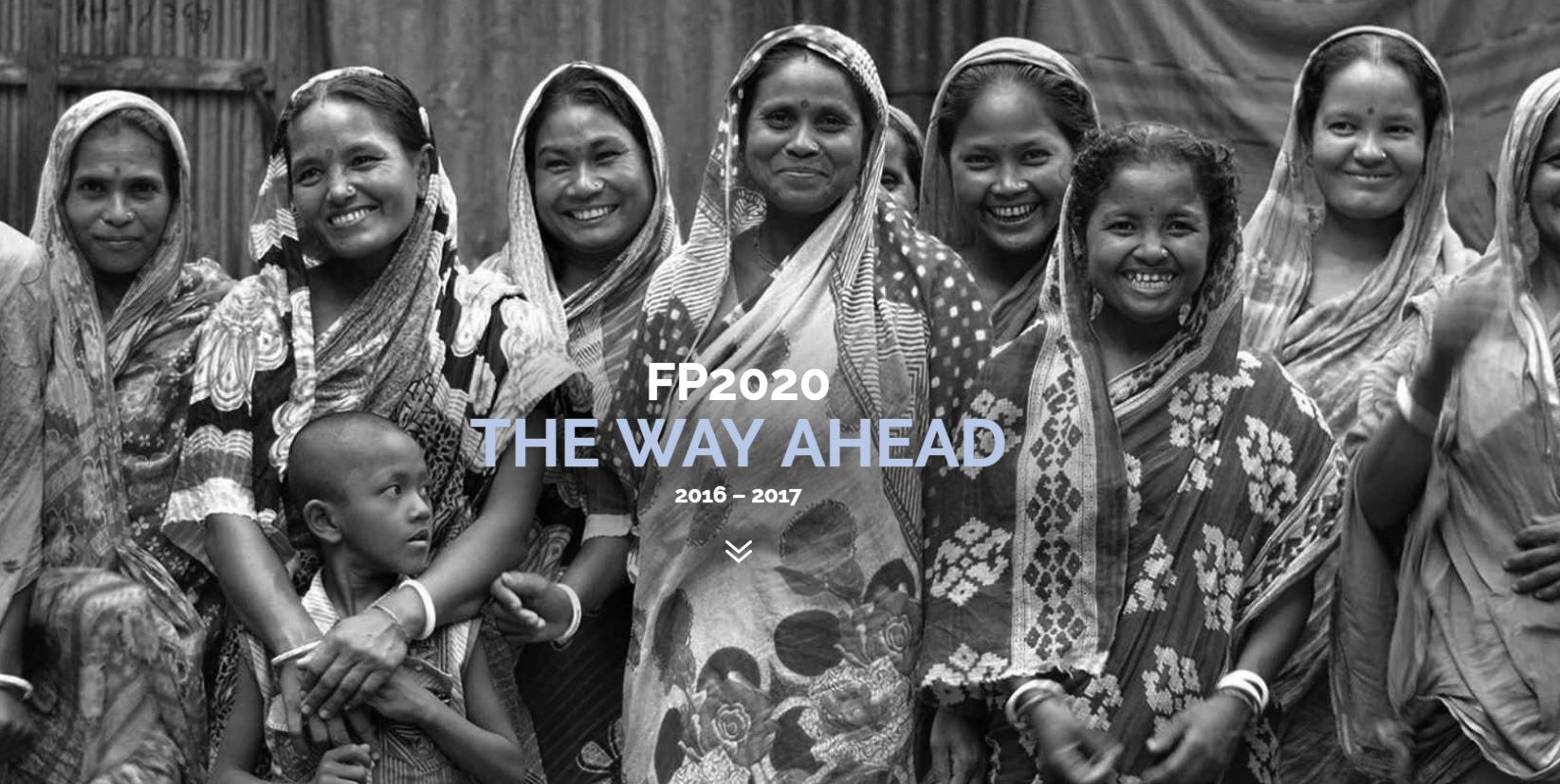 A report from FP2020 on global family planning 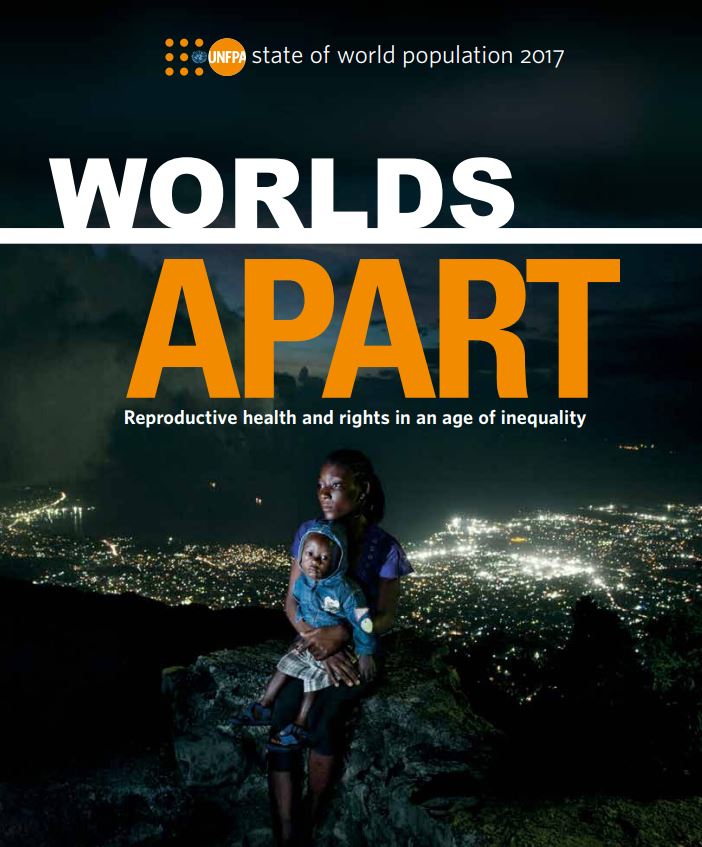