Sometimes taking a vow of silence can speak louder than words.

That’s the goal of this Friday’s Day of Silence, as students around New Zealand take a vow of silence to call attention to the silencing effect of homophobic, biphobic and transphobic bullying, name-calling and harassment in schools.

We know from a recent study that rangatahi who identify as transgender, or who are attracted to the same or both-sex are much more likely to experience discrimination, bullying and violence.

This also means that this group of young people are more likely to self-harm, attempt suicide and experience depression.

That’s where the Day of Silence comes in. It aims to make schools safer for all students - regardless of their sexual orientation or gender identity/expression - by bringing attention to the problem, letting students know they are not alone and asking schools to take action.

Because we know schools can be safe and supportive places. The same study also showed us that:

How can I get involved?

There are different ways you can be involved and show your support for the Day of Silence:

Family Planning health promoters are showing their support by taking part in the Selfies for Silence campaign.

They’re taking selfies and sharing what they’re doing to break the silence about homophobic, biphobic and transphobic bullying. Check out our Facebook page on Friday to see some of our health promoters’ friendly faces, and then do your own.

How to be an ally:

Communication about sex and sexual safety is essential in any relationship. Taking to your partner about safer sex and condom use can be difficult but there are tips that can help. 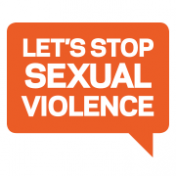 Are you that someone?

We can all say and do things to prevent sexual violence.