Family Planning believes that people of all sexual orientations and gender identities have a right to the highest level of health and well being. 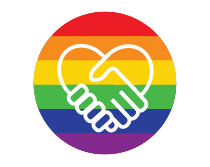 Sexual orientation describes the type of sexual, romantic or physical attraction someone feels for others. People may describe their sexual orientation as gay, lesbian, heterosexual, bisexual, asexual, takatāpui, fa’afafine, queer or something else.

Gender refers to the attitudes, feelings and behaviours that a given culture associates with a person’s biological sex (based on physical body parts).

Gender identity is the gender someone identifies with most; a sense of being a man, woman, genderqueer, trans or something else. Everyone has a gender identity;

Cisgender is a term used for people whose sex and gender match. For example someone who has male body parts and identifies as a man.

Transgender/trans. Sometimes people feel the sex they were assigned at birth does not describe their gender. They may change their name, pronoun and way they dress and they may look for support (including hormones and surgery) to make their bodies better match their gender identity. There are many different words people use to talk about gender identity; some of these include trans, and transgender. Sexual orientation and gender identity is fluid, meaning that it may change over time.

Family Planning is committed to making sure our sexual and reproductive health services are non-judgemental and accepting of all people. We strive to make sure staff have an understanding of diversity and the reproductive and sexual health needs of all orientations and gender identities.

To have health equity, policies must ensure people are treated fairly, recognising that people do not have equal access to the same services, information and opportunities. Family Planning is committed to promoting change across society, government and among health care providers to make sure all people have the chance to live a healthy life.