Family Planning believes that abortion is an essential part of sexual and reproductive health and rights.

Deciding whether or when to have a child is a human right. International organisations, including the United Nations Human Rights Committee and the Committee on the 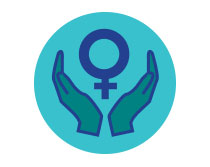 In New Zealand, the law recognises abortion as a health issue. It is regulated under the Contraception, Sterilisation and Abortion Act 1977, and service provision is overseen by the Ministry of Health.

In many countries around the world, including in the Pacific region, abortion is not legal or is severely restricted so it is only legal in a few circumstances, such as to save the life of a mother who might die if the pregnancy continued. International research has shown that where countries restrict abortion access, there are still abortions, but they are less safe. Unsafe abortion is a significant contributor to maternal harm and death. Restricting access to abortion is both a cause and consequence of gender inequality around the world.

People hold a wide range of personal beliefs about abortion, which influences their decision to have an abortion. However, some people's opposition to abortion should not restrict access for others.

Abortion is part of a full range of sexual and reproductive health care services. These services are essential, including during humanitarian crises and pandemics when people face reduced access to health care as well as higher rates of sexual violence.